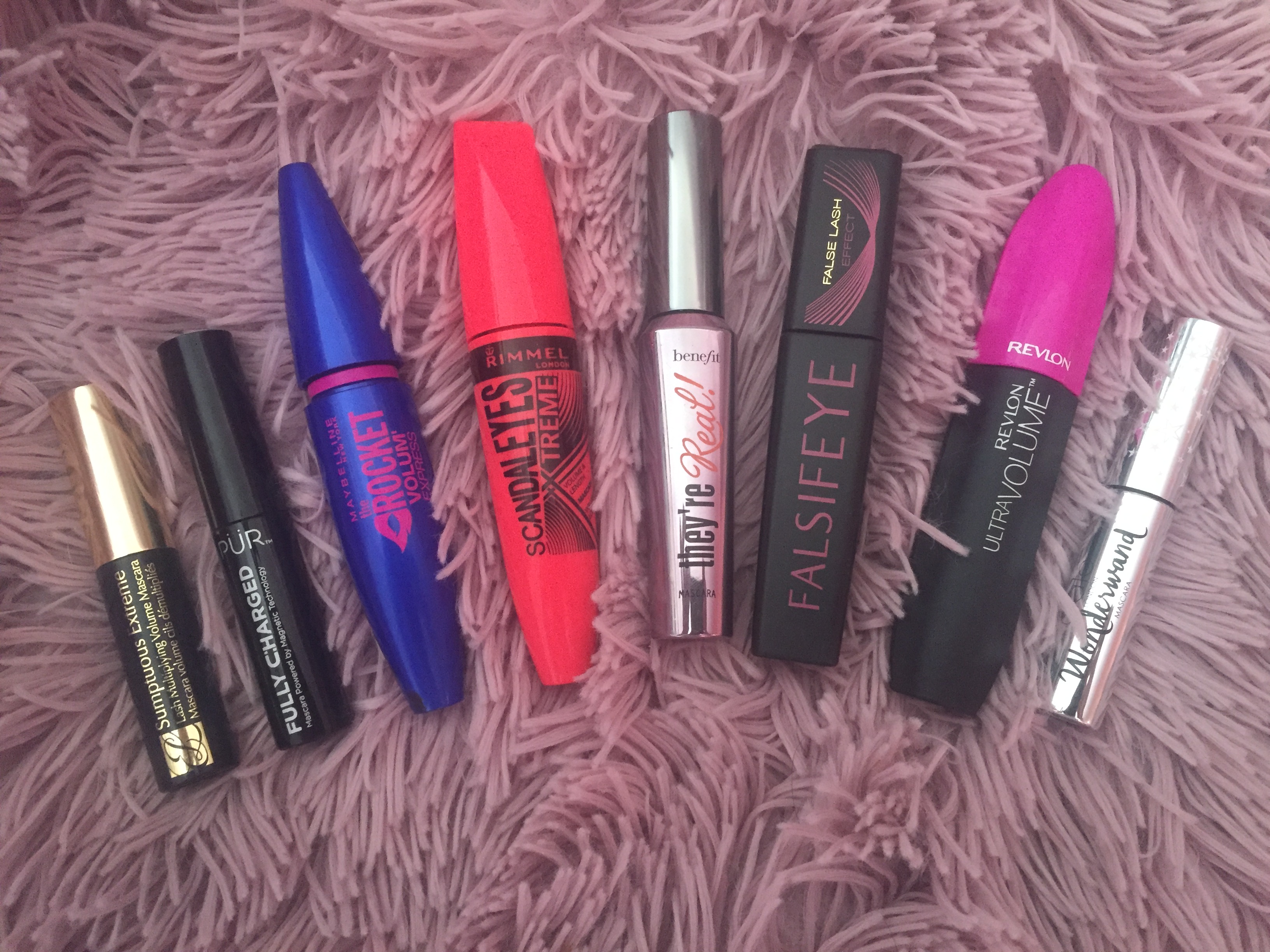 Here are my mascara hit and miss products as I have tried quite a few over the last year or so. Obviously I have been unhappy with a few since I have had to buy others but some came as free samples or in subscription boxes so this is the low-down on what’s hot and what’s not.

Mascara can be quite expensive so it’s not something you want to fork out your hard-earned cash on only to be disappointed. I have learnt the hard way but there isn’t much chance of trying before you buy since you cannot use testers normally.

That is why I am highlighting the best and worst I have tried recently. Some products are hyped up in the media and really don’t deserve the credit to be honest! Clever marketing ploys can dupe you into believing the superiority of a product when it is not the case.

This post contains affiliate link to some of the products that I recommend. If you purchase through my site – at no extra cost to you – I make a small commission. Thanks!

Rimmel London ScandalEyes Extreme. Hmmm, I didn’t love this mascara as I found the brush to be holding too much product on the end. Gloopy black creamy liquid which was annoying when applying. This is a bit annoying as I just don’t have time to be cleaning off the brush for every use. It was like that from the first time I used it and it meant I couldn’t get at all the lashes properly. It was ok in terms of lengthening but it was clumping at the ends and just awkward to apply. If I was doing my makeup for a night out I wouldn’t even attempt grabbing this in a rush in case it smudged black on the lid. Potential to ruin your makeup and needing to use a paper towel to clean the brush every time you use it is just wasteful and plain annoying. I won’t be repurchasing this!

Maybelline Rocket Volum’ Express. I don’t normally like the rubbery brushes, I prefer a bristle kind of applicator normally but this one was quite good. The brush is revolutionary ultra-sonic and has a lot of tiny rubber spikes so you don’t miss those little lashes that often get lost. The product is quite gloopy and gets loaded onto the brush so you still need to be careful but it wasn’t bad actually. For a lower-priced option it is pretty good. Beware of the panda eyes though, rubbing your eyes may lead to the morning after look which isn’t something you want on a night out or day for that matter! You need a decent eye makeup remover to remove it before bed.

Benefit They’re Real Mascara. I had really high hopes for this one as I had read some decent reviews. It was expensive so I wouldn’t have forked out the high price tag for it. Luckily I didn’t! I was given this by someone who it had been also passed on to ( that says something! ) and it was terrible! It made my eyelashes look like giant creepy spider legs. I dislike the overpriced mascara and wouldn’t recommend it at all 🙁

FALSIFEYE by 17. Reasonably priced. This one I read about by a famous makeup artist to the stars who compared it to other high end and expensive mascaras as being up there with the best. I asked my Mum to bring it over from Ireland as I was dying to try it. It’s from Boots. It is my favourite all-rounder. You can use it in the day time for a nice clean separated lash look with volume and length. It really opens up your eyes and doesn’t clump. It is buildable for a night time look and can be played around with for different eye looks. I love it! I am on my second one and it’s staying put in my makeup bag. Winner!

Sumptuous Extreme by Estée Lauder. I got this as a sample in a goodie bag when I purchased 2 products a while back. It looked like a nice big bristle brush which is the kind I like. Unfortunately I wasn’t impressed at all by this one. Being from a reputable brand I was disappointed but glad I hadn’t bought the full size as they can be pricey. It was too discreet and not a great consistency. I tried it again but still the same boring result.

PUR Fully Charged Mascara. This has magnetic technology and I reviewed it last week as I received it in the Look Fantastic Beauty Box. It gets applied in a zig-zag fashion after holding the brush at the base of the lashes for a moment to ‘charge’ the magnetic power. I was so sceptical about this one! I assumed it was another fad gimmick but let me tell you it is not! I absolutely love this mascara as it is buildable and really opens up the eyes. It catches all those little stray getaway lashes and really lengthens and volumizes. I will be using this for nights out as it really gives a sultry look. Think false eyelashes. It doesn’t seem to have any flaking and doesn’t even give you panda eyes the next morning. It’s a keeper!

Revlon Ultra Volume Mascara. I recently reviewed this in the Award-winning Revlon products review. It goes on nicely and is buildable. It lengthens and thickens and has a nice applicator but it does need to have some product removed as it needs the end of the brush cleaned off so that you don’t ruin your eyeshadow or makeup. Not a complete deal-breaker though as it is a lovely consistency. Would I buy this again? Probably…

Ciaté Wonderwand. I received a mini of this in the Look Fantastic October Beauty box. I think it is a great mascara and I really loved it at the time, I was using it every day. I still like to wear it on a night out as it gives a nice curl and definition without being OTT. It would be one of my everyday makeup products only for the fact that it does flake slightly. I tend to rub my eyes during the day and eventually I was ending up with little tiny fallout flakes. Not a major issue as it is better than panda eyes any day! If you don’t tend to rub your eyes or end up with the dreaded panda eyes then this is ideal for you. It is great for a night out if you wear your mascara to bed because it only flakes and you don’t end up with black eyes.

So those are my mascara hit and miss products. Hope I have opened your eyes to the best and worst in my eyes. Let me know what you think !