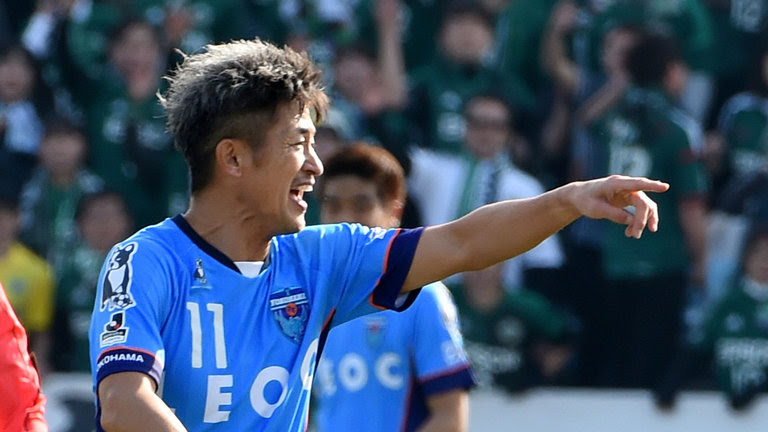 By Khal9ice
The oldest footballer in the world Kazuyoshi Miura, has extended his contract with Yokohama FC by one year.

Miura, who turns 52 next month has extended his deal with the Japanese second division club which will see him play his 33rd season.

The striker has been at the club since 2005 when he signed at aged 38 and has gone on to make over 200 league appearances.

Speaking to Kyodo news agency, Miura claimed he still wishes to grow as a player, 33 years after turning professional.

“I will always play my heart out and hope to continue to grow (as a player).”

The top division of Japanese football, J League, was formed in 1993 and Miura is the only active player who was playing when it was formed.

In 1982, at age 15 Miura left Japan for Brazil where he would go on to sign his first professional contract with Santos in 1986.

In Japan he reached goal scoring heights such as beating imports Gary Lineker and Zico to the top scorer and MVP of the inaugural Japanese J.League season in 1993.

Miura has had spells playing in Serie A with Genoa, in Croatia playing for Dinamo Zagreb before spending a season out on loan with Sydney FC in Australia.

As an international he made 89 appearances scoring 55 goals having debuted in 1990.

Miura helped Japan reach the World Cup finals for the first time in 1998 as he scored 14 goals in qualifying.

However, the striker was not included in the squad that travelled to France and would go on to retire from international football two years later.

Full list of winners at the 2018 American Music Awards