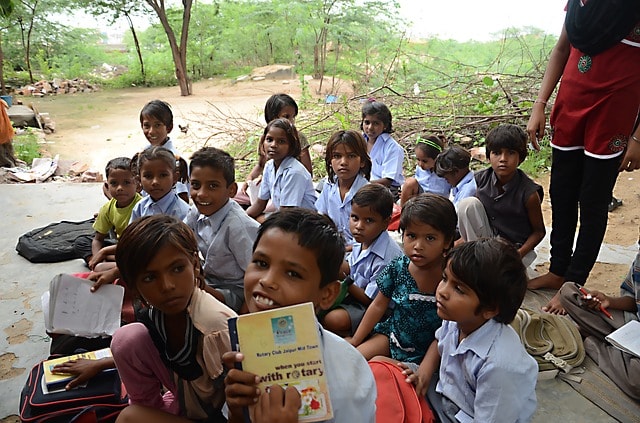 LONGTERM VOLUNTEERING FOR HABITAT FOR HUMANITY by abroad365.org

In my last post, I talked about a grant from Lawrence University to volunteer in Costa Rica. The following summer, I applied for a different grant through Lawrence’s Geology Department and proposed a longterm volunteering stint in Costa Rica. Was I a Geology student? No. Was my trip abroad related to Geology? Not really. However, the grant had so few applicants that they chose me! There are TONS of grants out there, it’s just necessary to do a bit of “digging.”

Habitat for Humanity is a fantastic organization that not only builds houses, but also builds communities. Prior to volunteering with HFH in Costa Rica I had worked on a few local houses near my university. Here’s how it works. Families in need contact Habitat for Humanity (or sometimes the organization reaches out to families or entire communities in need.) A Habitat employee then comes out and evaluates the family’s current living situation and interviews them. Next, if the proposal is put through, construction begins. Families are required to be part of the building process, from participating in manual labor to providing lunches for volunteers. Groups of international volunteers pay to help build houses and visit touristic sites within the country.

As a longterm volunteer, I was able to participate in a variety of tasks at HFH Costa Rica. I worked on 14 different houses in three different parts of the country, worked in the main office in Alajuela doing paperwork for house proposals, visited families interested in building a house and interpreted between Costa Rican construction workers and international volunteer groups.

I volunteered in the summer of 2009 after an earthquake had crippled several communities within the country. I worked on one woman’s house that had simply crumbled into the rushing river below. Luckily, she and her two sons had miraculously survived, and she asked me to tell the volunteers her story, so that they would know how important their work was to her new life.

All of the houses that we built were earthquake proof. There were two kinds. One made with concrete panels that slid between metal shafts and one made with large concrete bricks. The paneled houses were the quickest to assemble. All houses were covered with tin roofs, which need to be replaced every 5 years or so. In the photo below, you can see what the houses looked like at the very beginning. At this particular site, we had to knock down an existing wall in order to clear the site.

While working on these houses, I formed relationships with the Costa Rican builders and families. I worked on the house pictured above from day one until it was finished. I was later invited to spend the night with the family who now lives there. For people who have so little, they are incredibly generous.

One of the sites was located near Heredia and had several houses. Each day, Costa Rican volunteers from the local brewery would come to the site instead of going to work to help build the houses. This site was truly spectacular, with so many houses at different stages, new faces each day, and everyone putting in a full day’s work to help others. I worked at this site 2 or 3 days a week, since it was the closest site to my homestay in Atenas.

Another site was located in Puntarenas. We worked on two houses here. Although the houses were new, the community was the same. Despite having a new house, the families would still have to educate their children to prevent teen pregnancy, involvement in crime and drug selling. This is the reality. While Habitat for Humanity can offer a better home to live in, they cannot always provide a better community.

The last site was in Guápiles. This area had recently suffered an earthquake and the river that usually ran blue, ran a muddy shade of brown from all the debris. Here I helped assemble two houses, and interpreted for groups of American volunteers. I stayed at a small hostel near the site and was the only guest. I befriended the family that owned the hostel and the mother took me to a retirement home where she volunteered. I remember meeting a man there who was over 100 years old. The place was absolutely beautiful, and several of the residents were over 90. That site was a rainy one, but we got the houses built for some incredible families. With these houses, the families also gained a new school district, which they hoped would create opportunities for their children.

If you’re looking to get abroad, find an organization you’re passionate about, write some grant proposals, buy a plane ticket and GO! Volunteering abroad is an incredible experience. If you have any questions, please leave a comment below and don’t forget to share if you like this article!