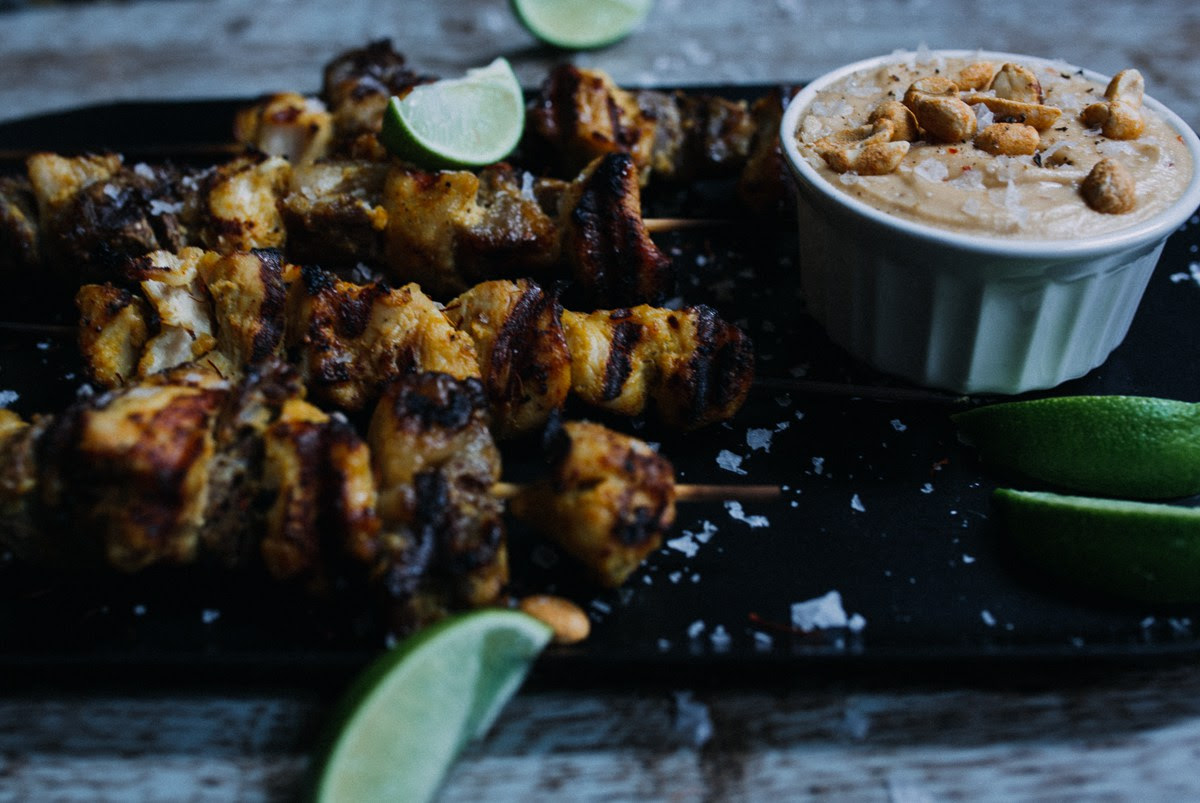 Over time, we’ve tried almost every bottled iteration that we could find, and while we found some that were thisclose to being perfect, they just weren’t quite right.

So the quest to create my own started. To create one that has a deep flavor profile, will compliment without over powering, and generally hits all of the marks that I wanted it to. Turned out to be way more of a quest than I had initially thought.

Peanut butter and coconut milk are staples of our pantry, as are the other basic ingredients that go into peanut sauce. Soy Sauce. Limes. Red pepper flakes. Salt. And that’s what I was working with for the longest time. Then, one night last week, as I was working on a recipe for Tony’s Market, I got creative.  And I nailed it.

The Tony’s recipe that I was testing and photographing was Chicken & Beef Satays w/ Peanut Sauce, which you’ve absolutely got to make. The flavors are deep, and phenomenal, and the meat is so tender and juicy. All good things right?  It may sound like I’m over selling it, but really, I’m not even coming close to doing it justice. Try it, you will not be disappointed.

I think that the hallmark of a good sauce is it’s versatility. Often we end up with extra sauce at the end of whatever meal we’re making, largely due to the fact that we generally double whatever the recommendation the recipe offers. Knowing that about myself, when I make a sauce or dressing, especially one of my own recipes, I have at least three other ideas I’m tossing around in my mind for what else I can do with it.

For this peanut sauce, it was spread on a toasted bagel the next morning, was drizzled over rice and veggies at lunch, and well, when you’re married to Jeff, you have to account for the fact that a couple of spoonfuls will go missing sometime between when it goes in the fridge and the next time that you reach in for it.

This peanut sauce goes well on pretty much everything, and can be easily tweaked to suit your flavor preferences.