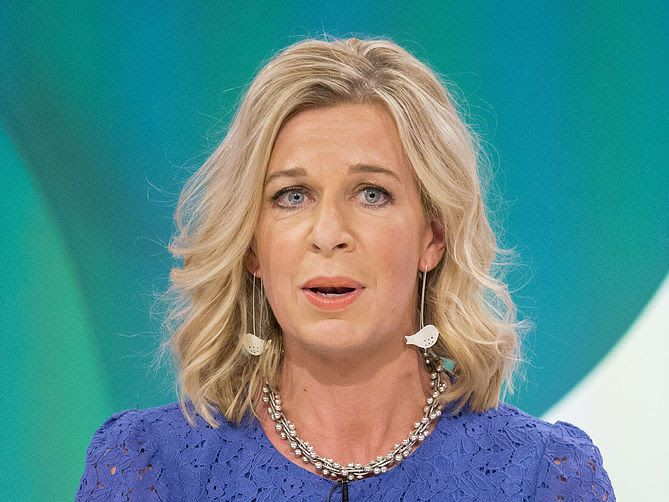 The incident on twitter happened after an attack on a war memorial in London, where “F*** Tory scum” was graffitied on the Monument to the Women of World War II during a protest in Whitehall. Hopkins, who is known for her ‘controversial’ opinions in her column and social media accounts, tweeted Monroe: “Scrawled on any memorials recently? Vandalised the memory of those who fought for your freedom. Grandma got any more medals?”

Monroe replied: “I have NEVER ‘scrawled on a memorial’. Brother in the RAF. Dad was a Para in the Falklands. You’re a piece of s***.”

Monroe then asked Hopkins to apologise: “Dear @KTHopkins, public apology + £5K to migrant rescue and I won’t sue. It’ll be cheaper for you and v satisfying for me.”

Hopkins later tweeted to Monroe to say she was “confused about identity”, and “got it wrong”. She claimed she had meant to send the abuse to New Statesman columnist Laurie Penny, who had tweeted from her account that she didn’t “have a problem” with the graffiti on the memorial to women of the Second World War.

Ms Monroe then took legal action over what her lawyer told the judge was a “widely published allegation” that she had “either vandalised a war memorial or approved of such an act”, an allegation that would “inevitably cause serious damage to reputation”.

Jonathan Price, Hopkins’ lawyer, told the judge that “this relatively trivial dispute arose and was resolved on Twitter in a period of several hours”. He argued that “no lasting harm, and certainly no serious harm” had been caused to Ms Monroe’s reputation.

Mr Justice Warby however ruled that “whilst the claimant may not have proved that her reputation suffered gravely, I am satisfied that she has established that the publications complained of caused serious harm to her reputation”.

Monroe has won £24,000 in damages in a libel action against the MailOnline columnist.

Oh yeah, just adding on to this funny and awesome post, that is only the amount owed to Ms Monroe!

Plus the £107,000 in lawyers fees and the cost of having her appeal rejected. Then there are her own lawyers fees… LOL