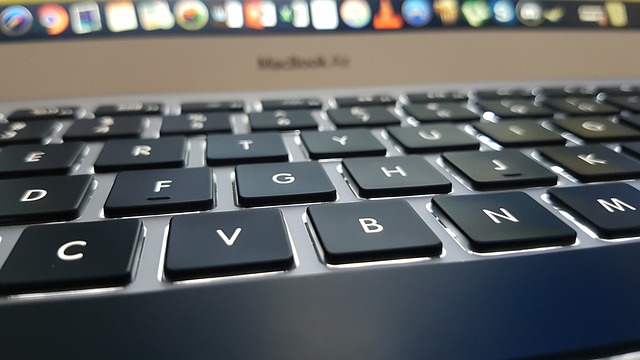 This week sees a lot of internet warfare online. Let the crackdown begin!

The Reddit user who made the famous Trump GIF has got into hot water with CNN this week. They tracked down the creator and threatened to publish his name, even after he apologised profusely. If you haven’t seen the GIF in question, it is one of president Trump, with his face realistically super-imposed on a man who tackles a wrestler to the ground on Wrestle Mania Live. The GIF had covered the wrestlers head with just a CNN logo. The GIF is so realistic looking that people all over the world were fooled into believing it was indeed Donald Trump. The Reddit user explained that he had no idea the GIF would go viral and just did it for a laugh. He went on to explain that he had no clue that another person or people would then put sound on it and deliberately upload it onto president Trumps Twitter account feed. The president Donald Trump retweeted the video with the hashtag FraudNewsCNN on Sunday. This was a gesture that would lead people to believe that he wasn’t too bothered about the GIF and maybe seen it as the joke it was intended to be. This is why people are confused and even angered at CNN for threatening the Reddit user. See Article&GIF here

Apparently, the Reddit user was ‘honoured’ at having his GIF retweeted by Trump on Twitter and took to Reddit to say “Holy Sh**!! I wake up and have my morning coffee and who retweets my post but the MAGA EMPORER himself!!! I am honoured!! MAGA standing for the presidents slogan Make America Great Again.

The man, only known as a Reddit user by the name HanA–holeSolo took responsibility for the creation of the original meme, which includes a super-imposed Donald punching a wrestler repeatedly and with force. He issued an apology to the Reddit community for getting the site involved in the huge debacle. This is how it went – ‘I would like to apologise to the members of the Reddit community for getting this site and this sub embroiled in a controversy that should never have happened’. CNN confirmed that the post had been deleted from the Reddit site on Tuesday. He went on to write ‘The meme was created purely in satire , it was not meant to be a call to violence against CNN or any other news affiliation. It was a prank, nothing more’.

After a little more investigation, CNN published an article stating that the Reddit user was a racist internet troll who had made previous remarks on his Reddit account which were hate-provoking. In admission, he explained that he has an ‘addiction’ to getting a rise out of people and gave that as his excuse for trolling. He has since deleted his account. CNN have come under fire for their blackmailing of this individual who is now in fear of his life. Twitter users have been using the hashtag CNNBlackmail and criticising their policies. They believe the news station are using their power to silence people. They apparently ‘reserve the right to publicise his personal details’. Julian Assange of WikiLeaks also criticised the decision. Either way, CNN are getting a whole lot of publicity out of this.

Next up is Rob Kardashian. He has been posting revenge porn pics and a video of the mother of his child, Black Chyna this week on Instagram and Twitter. He was apparently making claims that she had been seeing several other men while also sleeping with him. He went on to identify one of the men in a video with Chyna, in their bed. He had uploaded the video to Instagram but it was removed immediately. He then reloaded it to Twitter. Apparently the man in question then offered that he and Rob should make money off the video together, instead of uploading it for free. Charming!

His claims are that Chyna was sleeping with a certain guy on the same day as she slept with him. He then launched into a tyrade about how the man could never afford to keep up with her payments, as she owes repayments on several fancy cars and a multi-million dollar home. He then rambles on about how much money he spends on her, including hundreds of thousands on jewellery the very day she supposedly cheated on him with another guy. It was a bitter and hateful speech, full of jealousy.

He may be hit with a 6 month prison sentence as it is illegal in the state of California to post pornographic material without the consent of the person. That or a thousand dollar fine. I expect he’ll get a slap on the wrist. A thousand dollars is pocket change to the Kardashian, so lets hope the Judge teaches him a lesson. It doesn’t matter who you are, no one has the right to abuse another person like that. With a Twitter following of 7 million at least, the video was shockingly left on Twitter for a full 30 minutes before being taken down. There has been no mention of whether he decided himself to remove it or had it forcefully removed. Even still, it was long enough for a huge number of viewers to see. Apparently his Instagram account has been suspended but his Twitter is still intact. It even has some of the tweets concerning the since deleted photos remaining. No doubt, there are a lot of angry people wanting justice for this barbaric act. It is basically a sick form of abuse and to be so publicly humiliated, it will probably result in a court case. More publicity for the whole thing! Either way, Chyna will be cashing in and Rob will be paying the price. However, it is no compensation for the hurt and humiliation of revenge porn.