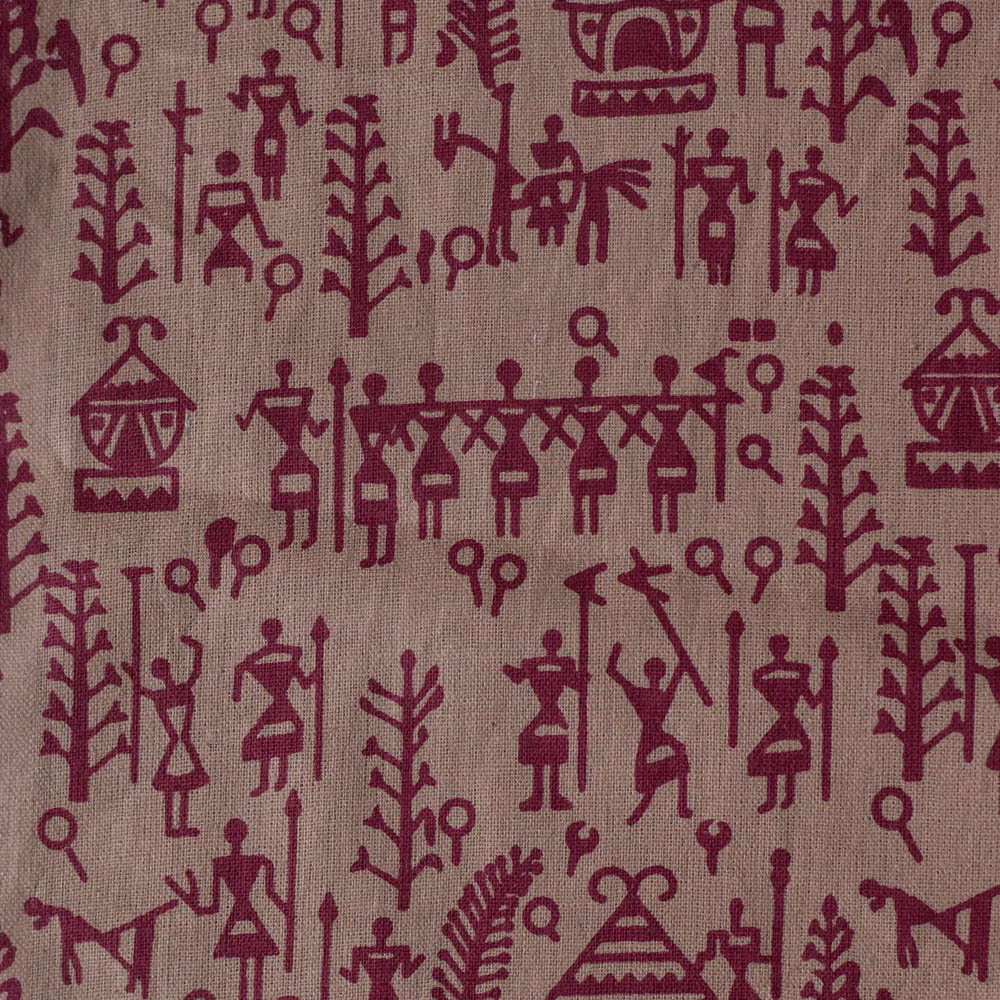 Khadi is a true revolutionary fabric

I was lucky enough to stumble upon these beautifully crafted, ethical and handwoven fabrics from Khadi CIC, by chance the other week. I was so impressed by the unique designs and clearly superb quality. The textures are fabulous and the story behind the manufacture of these special textiles was one that inspired me to write about them. The revolutionary fabric has a long history. The fabrics are made up of cotton, silk, wool or other organic fibres. All originating from India,  where the history really began. This revolutionary fabric was born.

Khadi is a type of cotton which is world famous and is a symbol of simplicity, freedom and peace for India. Indian fabrics have been world famous since ancient times. Even as far back as the 19th century BC. There are artefacts to prove this, with sculptures of people wearing a kind of shawl. The standard of the fabrics being produced were to be of the highest standard, since there was a backing from both religious and royal establishments. Therefore the production evolved to become the best in the world. Indian cotton and silk are world renowned for their quality.
Around the beginning of the 2nd or 3rd century BC, Indian textiles were already in high demand. Worldwide trade commenced by boat or by land. They were exchanged for other valuable goods, gold or spices. Village communities all over India became involved in the creation of these fabrics and it soon became interwoven in the communities. It provided a sense of unity as the Indian people worked productively together. This would become part of their heritage. It would be known as a revolutionary fabric.
Sadly, this didn’t last as a Royal Charter was set up in 1599. By 1615, the Mogul Emperor of India gave the Royal Charter exclusive rights over territory, mint money and residence. They built their factories and formed their own army. They began imposing new laws and taxes. Weavers and printers lost their independence and often their livelihood.Western culture and style of clothing prevailed. The village unity collapsed and were no longer living in happy circumstances.
Cutting costs resulted in a decrease in quality of the fabrics which led to a decline in of the wool and silk industries in Britain.  Profits made were used to buy slaves and ivory from Africa.
By the end of the slave trade in Africa, a new form of slavery – indentured labour began in India. Indians were being brought to Mauritius sugar plantations, Fiji, the Caribbean and Africa by force.
Ghandi began working to help those inflicted in Africa and helped them in their fight for their rights. He eventually helped them forge a new identity. He returned to india in order to win back freedom for the people and help them take back control of their villages.
The Indian Rights Movement was formed after a lot of non-violent and grass-roots campaigning and eventually Khadi was reborn. This is why Khadi fabric, a symbol of a new look India, of self-reliance and peace, will always be remembered in history. The fight was over and the sense of camaraderie was once again. The dress style evolved. Suitable for Indian climate, a white Khadi sari  or shalwar kameez for women and a kurtz pyjama for men. The famous white Ghandi topi (cap) was crafted carefully. The style took off immediately. This is why it is revolutionary fabric.
Street protests would be a sea of white, again symbolic of power and defiance. Khadi was the uniting link. Indian politicians accepted Ghandi’s leadership but not all had the same vision. Their sense of power was diminished due to the peoples movement and less than six months after they gained their freedom, Ghandi was assassinated. There was a sense of demoralisation among the people and there was unrest again for a few years. Eventually a close ally of Ghandi was offered a substantial amount of land, in an unusual act of generosity aimed at ending the violent conflict over land. A hundred acres of land were offered and that brought an end to the violence. The act of land giving in order to keep the peace became another movement. One which would bring back the community spirit and resolve conflict. Bhoodan was the name given to this land movement and cottage industries thrived again. A law was eventually passed to establish a statutory body KVIC, in order to support Khadi and other rural industries. This brought great effect and to this day, Khadi alone gives employment to over a million people, 80% of whom are women.
Since then Khadi denim, knitwear and muslim have come on the scene. Weaves and knits continue to evolve and improve. Even solar power weaving is being implemented! Organic Khadi is the next big thing! The ethics and the story behind these beautiful textiles are definitely a talking and selling point. Interior and fashion designers will be desperately seeking to get their hands on these wonderful fabrics since they are the height of quality too. You can even have these organic fabrics custom made in your desired colours! What’s not to love about this revolutionary fabric??
Here’s a few excerpts from their website on the fabrics and the people who make them.

The Rajasthan Collection includes khadi from three centers located in different parts of the state – Dausa, Chomu and Bikaner. The collection has been put together by Mishika Enterprises, a social enterprise start up based in Jaipur. They are working in close collaboration with Gram Bharati Samiti (GBS), and a robust network of women’s self-help group which GBS supports.

Way Forward for the Rajasthan Collection

The collection is just a beginning. Looking ahead, there are plans to build on the grassroots strength of GBS to evolve an innovative khadi programme – to be planned, managed and owned by the self-help groups. The initiative hopes to tap into the promise of solar powered spinning wheels and weaving looms. And to build on the rich textile and folk craft traditions of Rajasthan. The experience and expertise of GBS will be a big plus.

In the meantime, Mishika Enterprise will continue with its efforts to get the best of what is already available for the Rajasthan Collection. They have gained an experience in sourcing khadi over the past year. The learning curve has been steep – looking far and wide to get the right material and fulfilling orders, makeing sure that everything is in place.  Taking it in stride when things go wrong – getting it right and learning the right lessons – that is their forte. Mishika Enterprise is keeping aside a part of its profit to help give a kick start to GBS’s khadi initiative. GBS has been a great support for Mishika in its evolution as a social enterprise.

The Gopuri Collection presented here is part of a larger collection curated by Gram Seva Mandal(GSM). Centrally located, it is easy to reach. GSM has an organic farm, khadi and oil crushing units and a printing press. Within GSM there is a strong sense of community and commitment. Life in the community is enriched by their connect with neighboring villages and beyond.

Gram Seva Mandal was established by Vinoba Bhave in the 1930’s. Vinoba was visionary, considered by many as Gandhi’s spiritual heir. He came into prominence in the 1950’s and 60’s when “he went on foot from village to village appealing to landlords to hand over at least one sixth of their land to the landless cultivators of the village.” the tone of his voice was all-important, “it was never condemnatory, never harsh, Gentleness – true Ahimsa -was Vinoba’s trademark. A gentleness backed by a life of such dedication and simplicity that few could listen to his pleading unmoved”.  (Hallam Tenyson in Moved by Love)

Gopuri’s khadi unit is getting a makeover. A seventy year old ginning machine has been replaced. Carding and sliver machines are next in the queue. With new machines in place, GSM will be able to support 300 organic farmers, 180 spinners and 70 weavers.  The marketing strategy for their products is innovative. It builds on networks of ethical consumers, friends and family for sales. GSM campaigns on issues of concern such as GM seeds and harmful pesticides. There is a stress on exchange of ideas not just goods and money. There is a stress on experiment, experience and learning.

Check out the revolutionary fabric on their website here www.khadi.london
All individual fabric photos are by Bobby Allen of Clear Honest Design – http://clearhonestdesign.com/