Wellington to Picton Scenic Flight on a Cessna 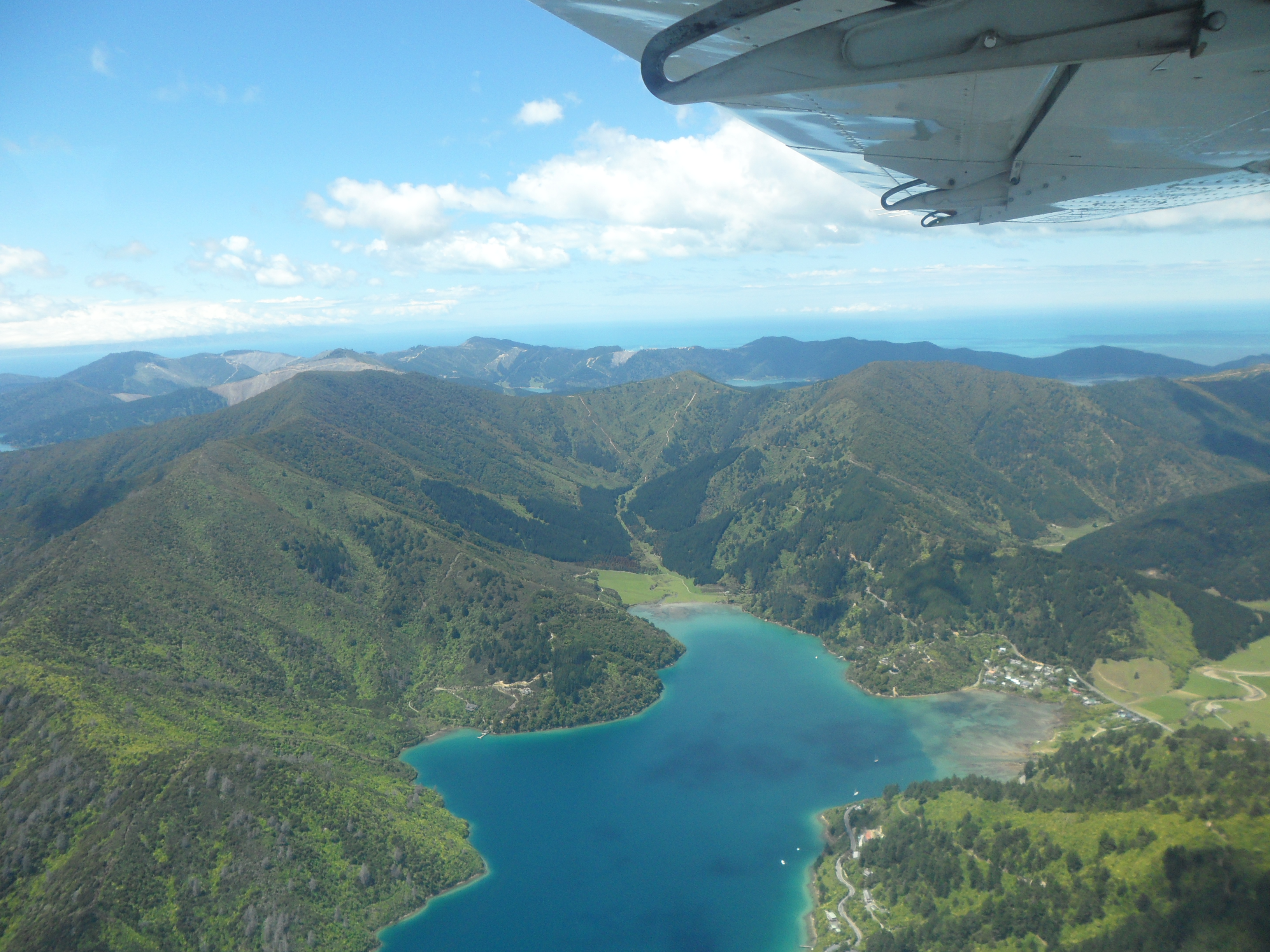 A few years ago while travelling in New Zealand we embarked on a Wellington to Picton scenic flight on a Cessna caravan light plane. The cool thing about it was, we were supposed to take the ferry journey from Wellington to Picton on our way to Marlborough Sounds but we ran late and missed it! We needed to get there that day as we had booked another trip on a water plane from Picton and we couldn’t miss that. We went online immediately and started searching for flights. I had heard one time that the standard flight on the Sounds Air route was a low lying flight and therefore scenic. I was actually really excited to be going on a scenic flight for a fraction of the cost of an organised scenic flight. It cost us around $50 each so a real bargain!

We booked it straight away and made our way to the airport. Wellington airport is known as being a bit of a rough take-off and landing spot. This is due to the windy conditions. They don’t call it windy Wellington for nothing. Naturally I was nervous about the rocky take-off since we were going in a small Cessna plane but I didn’t want to freak my Mum out as she was a bit nervous too about the flight. We walked onto the runway and over to the plane. It was so small, I had never been in a plane that size before and there were only 10 seats. The big surprise was that the seats had seatbelts like the ones in a car rather than the standard aircraft seatbelts! We laughed at the old school concept and I was excited but nervous at the same time. I looked over at my Mum and she seemed really excited so that put me at ease. It was such a novelty! The pilot was really cool and chatted away making some jokes in typical New Zealand humour so we relaxed a bit more.

The man in front of me was asking the pilot a lot of questions about the aircraft and even asked if he could hop in the front with the pilot. So my surprise he said yes! He got up and went into the cockpit and we fastened our seatbelts. It was fairly noisy due to the propellors and it didn’t take long till we got going. Deep breaths and we started off down the runway. It was a bit bumpy but probably due to being a light plane which I never experienced before. On take-off the plane wobbled a bit and I got a nervous feeling in the pit of my stomach! There were a few little swaying movements due to the wind and just a bit of slight dipping which was a tad nerve-racking but to be honest, the excitement was unreal. It took away from the nerves and we were like kids marvelling at the novelty. Soon we could see the fantastic view from the sky looking down on the hills and buildings while going higher slowly, then the stunning coastline. At one point we even spotted the ferry we were supposed to take earlier that morning out at sea!!!

Boarding the Cessna plane at Wellington

A brief history of the Cessna 208 Caravan Plane

Inside the Cessna preparing for take-off. It is so small. The old guy was in his element being allowed to co-pilot at the front!

A birds-eye view of Wellington on take-off. Windy Wellington was a blast. Stay tuned for that blog post – coming soon!

Stunning view of Wellington harbour and the ocean with the lush green hills in the background. We were so glad we missed the ferry!

As the plane turned, we got another cool view from a different angle with lots of sailing boats scattered on the sea. Wellington is a beautiful city, the capital of New Zealand.

The view from afar, see the ferry in the distance. The clouds seem to end at the coast and the vast blue ocean is clear. Bye bye North island!

The flight only takes 25 mins in total which is super quick in comparison to the ferry and oh so much better. Look at that view! The ferry takes 3 hrs 30 mins.

What a marvellous sight to behold, soon our nerves subsided and we were thoroughly enjoying gliding over these stunning mountains.

We were excited to be arriving in such a beautiful and scenic place, with the unexpected added bonus of the scenic flight. Amazing.

When we landed we were going to visit the Marlborough Sounds, seen below. It is a very popular place for sailing and fishing. Breathtaking.

So many pretty beaches and inlets, it is easy to see why the area is so popular with tourists and New Zealanders alike.

The scenery was just epic, what a fantastic experience the Sounds Air flight from Wellington is. Money well spent!

The patchwork green fields and lush green forest as we came in to land. The roads were the first sign of civilisation as we descended.

Pretty cool shot of our planes shadow coming in to Picton airport.

Departing the Cessna after our amazing flight. The pilot is the guy in black on the left. We were able to thank him personally. One experience we will never forget!

Here is the site for booking if you want to check prices and book. Sounds Air. With 23 flights a week you should be able to book in easily. There is even a free shuttle pickup service from Picton airport and free parking there.

I was so glad to experience the Wellington to Picton scenic flight with my Mum! We hadn’t seen each other for the longest time ever as I had been living in New Zealand and hadn’t been home for a year or so. We had met in Auckland as she landed there from Dublin. We rented a camper van and embarked on the trip of a lifetime together. We went from Auckland to Coromandel, Rotorua, Mount Maunganui, Te Puki, Raglan, Waitomo and back to Auckland where we hopped on an Air New Zealand flight to Wellington. After a few days there we made our way to Picton and eventually hopped on a sea plane to arrive in Marlborough Sounds.

Article Name
Wellington to Picton Scenic Flight on a Cessna
Description
The Sounds Air route was a low lying flight and therefore scenic. I was actually really excited to be going on a scenic flight for a fraction of the cost of an organised scenic flight. It cost us around $50 each so a real bargain! The Cessna caravan plane was awesome!
Author
Ciara D
Publisher Name
Blog News Weekly