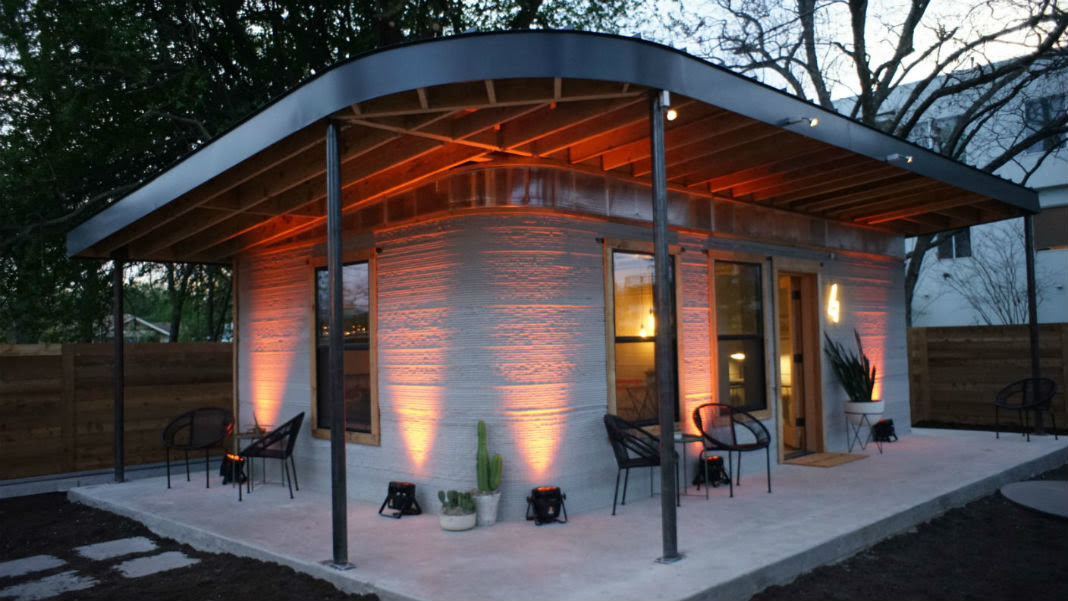 The wonderful and innovative concept of 3D printed houses could change the world for the better. 3D printing is one of the most amazing technological breakthroughs of our time. It is being used to produce limbs, prosthetics and even organs. Just about anything can be printed nowadays by using 3D printing technology. It has become a science in itself. It is no wonder that 3D printing has made its way into construction.

An enormous robotic printer is needed and not only that, but it needs to be transportable. This was a design challenge that has been successful and so the first ever 3D printed house was constructed in Austin, Texas as a prototype. It measures 650 square feet and was constructed in less than 48 hours! It cost less than $10,000. See how it was done and how the process works below. The end result is impressive…

Since then, 3D houses are beginning to crop up all over the world. The charity New Story are now building safe and sustainable housing for people living in extreme poverty in El Salvador. By the end of 2018 they hope to have created the first ever community of 3D homes for safe shelter of those in need the most. Their aim is to bring the cost down to only $4,000 per house.

New Story are hoping to lead this technology to other charities worldwide, therefore 3D printed houses could change the world for the better. Lives are transformed and people in need can feel safe, with the simple and basic needs we all take for granted.

Their quest is to bring 3D printed houses to the developing world. Check out their website here. At the moment they are facilitating 6,000 people and 1,600 homes in 16 different communities.

ICON are the company behind these mass produced 3D printed homes of the future. You can download and print a house in 24 hours. They are part of a new era in home building and construction. They use zero energy, are thermally efficient and comfortable. Just like any other home, without the high costs and labour and of course, wait times.

Set up in only 1 hour on site, they are now built within 24 hours, then human workers finish with windows, plumbing and electricity. The walls are generally made up of Geopolymer concrete , dry insulation and polyurethane. They have horizontal reinforcements and are generally built with a flat roof.

The design possibilities are endless, with an open design platform to work with. Major advancements in affordability, building performance, sustainability and customizability make 3D printed houses extra appealing. They could in fact be the houses of the future. Nearly any 2D floor plan imaginable can be printed.

3D Printing produces a continuous, unbroken thermal envelope  providing comfort, energy and efficiency. There is effectively zero waste so they are way better for the environment.

A family in Nantes, France are the very first family to move into a 3D printed home. It took only 54 hours to construct, however the team at ICON believe they can now build the same home in less than 33 hours. It measure 1,022 ft and cost £176,000 to build. Estimated 20% less than the standard build. The house has been built in a deprived neighbourhood in the town and was partly funded by the council. Read the full article, see the video and photos here.

The bottom line is, 3D printed houses could change the world for the better. Do you think they will be the housing of the future? Let us know your thoughts in the comments.