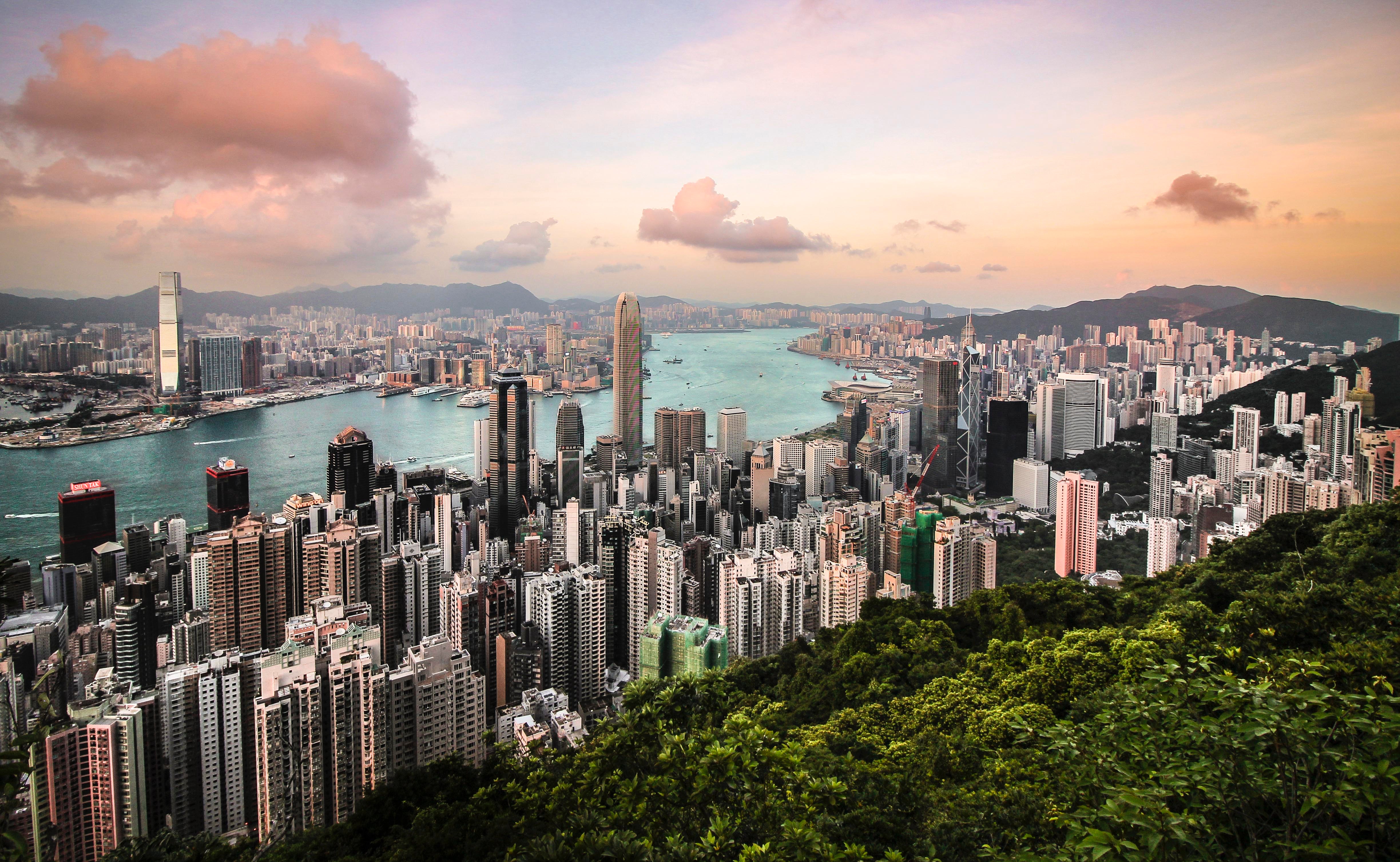 On my way to Australia, I happened to have a stopover option in Hong Kong. Lucky me, I had a friend living there who had told me numerous times that if I ever had a stopover in Hong Kong, I was welcome to stay. He would show me around and it ended up being a brilliant few days. I thought I would share my experience and give you an idea of what to do on a 3 day stopover in Hong Kong, with Disneyland. I had never been to Disneyland as a child and it had always been a dream of mine. Isn’t it everyones?  So Disneyland was a must for me, no doubt it should be for you too!

I made the arrangements for my 3 day Hong Kong stopover with the airline I was flying with back to Australia and my friend happened to live only 10 minutes from the airport! So handy, knowing it was only a short drive away. Arriving in Hong Kong, it was a huge airport and no crazy rush like I had expected. It was all very plain-sailing as I breezed through the airport. Not much queuing and not crowded so that was a breath of fresh air. I spotted my friend immediately and he grabbed my luggage for me. We walked outside and the first thing I noticed were the red double decker buses!

Hong Kong was once part of the Commonwealth so their public transport system is the same as London, with lots of red double decker buses. I was totally not expecting that and it was really out of this world! Anyway, we hopped on a bus which arrived promptly and I couldn’t help notice while catching up with my friend, how high the buildings were. Apart from the lines and lines of skyscrapers, there were these amazingly beautiful and almost surreal giant green hills in the background! It was very smoggy and a bit overcast but extremely humid so took a while to adapt to. The hills were even higher than the skyscrapers and a lush green. There were clouds enveloping the tops which just set the scene. Truly incredible to behold.

We arrived outside his enormous apartment complex which was another giant skyscraper. He lived up high on level 80 or so and the views were spectacular! Like nothing I had ever seen before, the hills were so high up, it was an amazing scene.

Next day we would go to the village at the top of the hills by cable car. I was excited about that and we went and explored the food and nightlife that evening. Hong Kong is so multi-cultural, there are people from all over the world and every culture so the food is wide-ranging. We went to a traditional restaurant and I tried my hand at chopsticks but gave up after too many failed attempts. The food was so interestingly different and well presented. A lot of it was brought on hot plates and for dumplings in a boiling hot water bowl for cooking. It was great fun and the whole experience was so unique. Really a great way to eat and everything is shared so that is part of their culture. Be careful though, they eat some odd creations so ask what it is before you delve in. I ordered the deep fried crab but because they share everything I only had a piece or 2, then God knows what else I was eating?!!!

The shopping was amazing, we went to Calvin Klein and I couldn’t believe how cheap it was in comparison. There are all the big brand shops so if you like shopping you will be in heaven. We went to the main thoroughfare and hit the night market. To be honest it wasn’t anything spectacular, it was mainly all the same stuff on all the stalls. Queens market was crowded and hard to get through. I was glad to experience the rich culture of a night market but it wasn’t the kind of hand crafted unique items I expected. Once we pushed our way through to the end it was nice to get out!

We hit one of the many bars there, which to my delight sold all you can drink beers for $20!!! Yes, you read that right. I had found my paradise. They literally give you a bucket of your chosen beer, in ice. As you drink them ( I kid you not) they replace them as they work the floor! You can keep drinking as long as you like so needless to say we got a bit drunk. We moved on to a small bar where there seemed to be a party and lots of cheering. It was a very cool place with dim lighting and cocktails so we sat at the bar. Turns out it was someones birthday and they ordered a round of shots. Apparently the drill for that, is to light the bar on fire. Yes, they actually lit the bar on fire! 🔥 Check it out in the photo haha. Class.

We had so much fun on our night out, but we managed to get home alright, even though the bars stay open all night there! We knew we had to get up the next morn to go in the cable car so we didn’t want to be dying with a hangover. We were a little worse for wear next morn but after a nice breakfast we were good to go. Off we went and arrived at the cable car starting point, got our tickets and hopped in a glass bottomed one. It was super cool and not even that scary actually, you are high up but the scenery is so distracting, you don’t feel scared. It was so cool to be heading up into the clouds looking down on the city. The peace and quiet was a stark difference from the hustle n bustle below.

The village at the top when we arrived was like being transported to another realm. It was so tranquil and pretty. The giant Buddha was beautiful and could be seen from all around. It can be seen for miles, perched on the top of the hill. It is up at the top of a long flight of steps that we would have to climb. Why did we go drinking?! We knew it was worth the walk for the views though so that was our motivator.

There were lots of nice little craft shops along the streets selling keepsakes and nice souvenirs. There was also the “Walk with Buddha” experience which was a movie-like story of quotes and buddhism practices. It was a nice introduction and ever so relaxing with the typical music. It was a long walk up the steps as expected but an absolute must-do attraction when visiting Hong Kong, in my opinion.

That night we decided to visit the harbor area which is an awesome scene. The lights are an amazing spectacle, something I have never seen before but really unique to the experience that is Hong Kong. We went to a harbor side restaurant so we had a great view. Afterwards we went to see the walk of fame. Jackie Chan and Bruce Lee’s were the 2 most famous ones I remember. There were statue monuments too. We had out photo taken in front of the lights.

We had a great night out and made our way home at a reasonable hour. We had to be up early enough to make the most of Disneyland the next day. I was pretty excited about it, like a big child. It surpassed all my expectations! We got the Disney train there which was decked out with Mickey Mouse windows and mouse ear holders inside. There were cute Disney characters decorating throughout.

We arrived and it wasn’t insanely busy so didn’t have to queue for long. We took some photos and had a browse around the shops in the Disney village, all themed and everything was like in a storybook. What a fantastic experience for kids and adults too, a perfect family day out. The castle stood tall in the background, there was space mountain,

We went on some rides and took in an awesome 4D show which involved 3D glasses and the most realistic 3D I ever seen in my life! I actually thought there was something being thrown at me by Pluto haha! For extra effect they had wind and rain sprinklers. The surround sound system really took it to the next level. We also got to see a play of the Lion King which was really amazing with trapeze artists and a genuine musical cast. All really high class stuff. Then came a parade!!

One of the big highlights for me was Adventureland. It was quite magical like being transported to a jungle safari. We went on a wooden sail boat past fabulous tree houses and along a winding river through the darkness. It was like being in the amazon, all really realistic and enchanting. Fabulous for children, their imaginations would run wild.

To top the night off, we got to watch the spectacular fireworks display from the princess castle. All in all it was a truly magical experience. I cannot wait to bring my kids there. I highly recommend Disneyland Hong Kong for families or anyone for that matter! Loved it.

That night, we still had a few hours to spare so decided to go to the Peak. The Peak is the highest point in Hong Kong and you can get a bus round the spiraling hillside to it. It is one of the main attractions there and not to be missed. It is a huge pointed structure that you take a lift to the top of for the most breathtaking view. It is best to go at night, since you will see the city lit up from above. All I can say is WOW😲! I couldn’t get any proper photos as it was hard to get the focus right and my old camera was pretty useless. You can get your photo taken professionally at the top anyway and they turned out amazing. They present it to you in a lovely sleeve so a great souvenir. My friend bought me one so I was delighted but the view has to be seen to be believed.

I had to leave the next day to Australia but I highly recommend that 3 day stopover in Hong Kong with Disneyland as I thoroughly enjoyed myself and I fell in love with Hong Kong, it is really a brilliant city. Cant wait to go back some day with my family.

Grab a Lonely planet guide for recommendations on where to go and what to see on your travels. You can compare pricing according to your budget with a guide, with budget, mid price and best places listed! >> BROWSE