Bridge Over the River Kwai and The Death Railway, Thailand 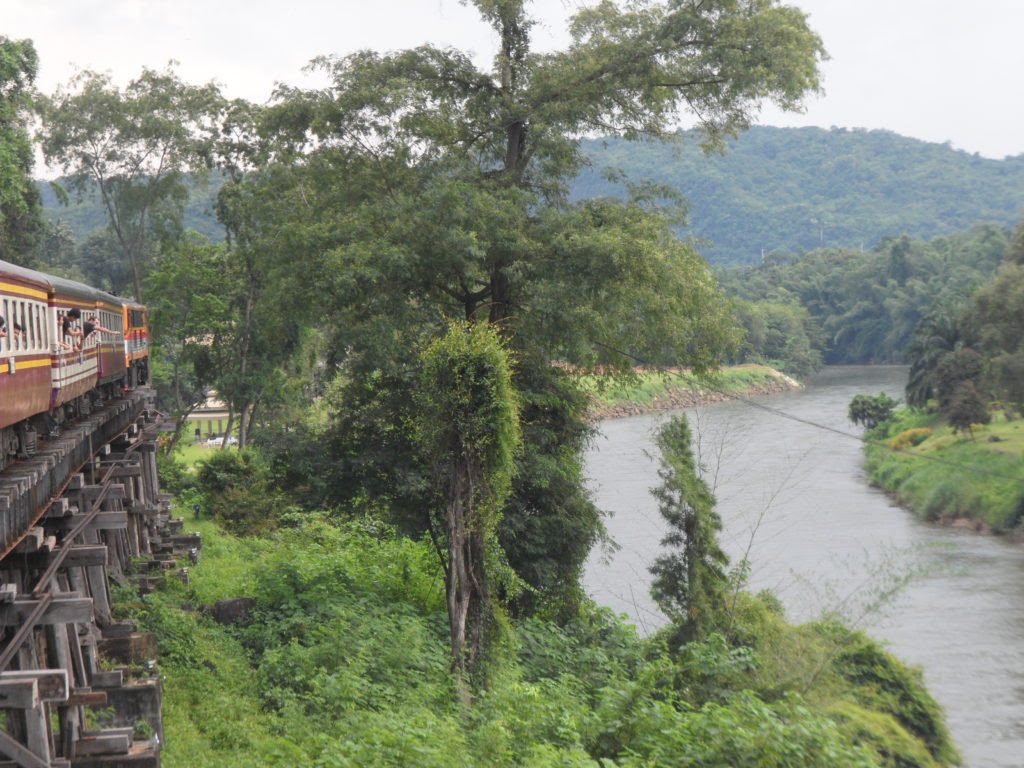 We decided to visit the famous bridge over the river Kwai and the Death Railway, Thailand when we were doing a stopover in Bangkok a few years back. I was actually 7 months pregnant at the time and we were on our way home from New Zealand.

We had 5 days to explore Bangkok and the surrounds. Both myself and my partner had visited Bangkok before so we were keen to see some of the history this time. We made our way to Kanchanaburi about 2 hours away.

The area is famous for its bridge over the river Kwai and death railway, partially due to the fact there is a movie called The Bridge On the River Kwai and mainly because of the war, during which  the construction of the Burma Railway took place, in 1942 through to 1943.

We took a day trip to the Death Railway, rode the scary train along it and ended up staying in a hotel on the river Kwai’s banks. We also visited some caves while visiting the Death Railway and went to the museum to learn more about it.

We finished the trip with a boat journey along the river Kwai, stopping off at some temples, a market and a war memorial cemetery. If you want to read more about the history, you can do so here.

I presented this blog post in a kind of photo diary style rather than going into lengthy detail. Well they do say a picture speaks a thousand words. I guess the photos speak for themselves.

It was shocking to read about the prisoners of war who died while constructing the Death Railway. It gets its name from the poor slaves who worked day and night with hardly any rest and might have only got to eat a slice of bread and a drink of water for the day. Harrowing when you think about it. The heat must have been unbearable and having to do such physical work, it is no wonder so many died.

We were actually dumfounded when we found out that the train is still in use to this day. Commuters use the train daily and school children too.

It was a bit of a scary ride on the old tracks, looking down but an amazing experience to be able to take a step back in time like that.

The views were stunning and the boat trip we went on was a big highlight.

I recommend a visit to the area as there is so much to see, do and learn there.

If you want to check out our accommodation and another unmissable nearby attraction see my previous post on Erewan Falls.